Special Report: Has James Cameron Found Jesus’s Tomb or Is It Just a Statistical Error?

Should You Accept the 600-to-One Odds That the Talpiot Tomb Belonged to Jesus?

When Associated Producers, the production company behind the new documentary The Lost Tomb of Jesus, contacted Andrey Feuerverger, he was, to put it mildly, surprised. “This is not in the usual run of things one gets to do,” says the University of Toronto statistician, alluding to Associated Producers’ somewhat unusual request that he calculate the odds that a particular tomb in Israel is the last resting place of Jesus Christ.

Despite his previous lack of interest in biblical archaeology, Feuerverger spent two years crunching numbers for what turned out to be a labor of love. At the end of all of his figuring, he told the documentarians, including director James Cameron of Titanic fame and award-winning investigative journalist Simcha Jacobovici, that there was a one in 600 chance that the names—Jesus, Matthew, two versions of Mary, and Joseph—scribbled on five of the 10 ossuaries (or caskets for bones) found in the Talpiot tomb could have belonged to a different family than the one described in the New Testament.

When Cameron and Simcha announced Feuerverger’s calculations along with a package of other evidence (including forensics, DNA and archaeology) earlier this week, it sparked a media firestorm.

Some news outlets reported that Feuerverger’s odds had really been as high as one in a million, which the statistician denies. That “is not a number I would want to ever think originates with me,” he says.

Meanwhile biblical historian James Tabor of the University of North Carolina at Charlotte, the primary historical advisor on the production team, reported on his blog that he calculated the odds were one in 250,000 that another family of that period would have the same names as those scrawled on the bone boxes.

Even the Discovery Channel, which is set to air the controversial documentary on Sunday, March 4, seemed confused by Feuerverger’s calculations, declaring on its Web site that that the odds are “600 to one in favor of this being the JESUS FAMILY TOMB.”

What Are We Calculating Here, Anyway?

Feuerverger says he was neither asked nor did he attempt to calculate the odds that the Talpiot tomb was the final resting place of Christ, the Messiah. As Aleks Jakulin, a statistician at Columbia University, points out, “I doubt Professor Feuerverger really estimated ‘the odds that these ossuaries were not Jesus’s family’s final resting place.’ Instead & one should say that one in 600 families (on the conservative side) would have that particular combination of names purely by chance, based on the distribution of individual names in the population.”

Such a calculation assumes all kinds of things, and is highly dependent on one’s starting assumptions. For instance, “A Christian would use [the probability that Jesus is in a coffin] equals zero, because of ascension, so the discussion stops right there,” Jakulin says. “Someone else would instead assume that there was a single Jesus, one out of five million.”

A Statistical Analysis Is Only as Good as Its Starting Assumptions

“I have to tell you that a statistician working with a subject matter expert, in this case biblical historical scholars, essentially is obliged to rely on assumptions that come from them,” explains Feuerverger. “It’s not a secret that the assumptions are contestable. I tried to stay with things that vaguely seemed reasonable to me, but I’m not a biblical scholar. At the end of the day, I went with specific assumptions and I try to make clear what those assumptions were.”
newsletter promo

Among the assumptions that Feuerverger made to yield his odds: that the scholarly text he used as a source of names (to determine the frequency and distribution of Jewish monikers in the era of Jesus) was a representative sample of the five million Jews who lived during that era. He assumed this even though the text, called the Lexicon of Jewish Names in Late Antiquity was published in 2002 and only includes 2,509 names.

Scan The Lexicon of Jewish Names, which includes names from ossuaries, ancient texts and every other source available, and you will learn that the names unearthed in the so-called Jesus Family Tomb were among the most common of that era. One in every three women listed in the Lexicon was named Mary, for instance, and, at that time, one in every 20 Jewish men was called Yeshua, or Jesus.

Tal Ilan, who compiled the Lexicon of Jewish Names and who vehemently disagrees with the assertion that this could be Jeus’s tomb, says that the names found in the tomb “are in every tomb in Jerusalem. You can get all kinds of clever people who know statistics who will tell you that the combination is the unique thing about [these names], and probably they’re right – if you want just exactly this combination it’s more difficult to find. But my research proves exactly the opposite – these are the most common names that you could expect to find anywhere.”

It was only when Feuerverger assumed that some of the names were exceptional, and fit with scholars’ beliefs about the historical family of Jesus, that his calculation became worthy of advertising. According to Feuerverger, the most important assumption by far was the one that dealt with the inscription that appears on the ossuary that the documentarians assert belonged to Mary Magdalene.

“The extraordinariness of the Mariemene e Mara inscription gets factored into the calculation as a very rare name,” says Feuerverger. By the logic of the historians and archaeologists enlisted by the production team, this inscription is so rare that Feuerverger could safely assume that this was the only woman who possessed this name out of all of those listed in the Lexicon. This changed the odds that this tomb belonged to just any Mary Magdalene from roughly one in three to one in 80.

A Debate Rages Over the Archaeology Behind the Statistics

Other scholars think the assertion that the inscription Mariemene e Mara, written in Greek, refers specifically to Mary Magdalene is ridiculous. Jodi Magness, an archaeologist with an interest in early Judaism at the University of North Carolina at Chapel Hill, argues that any Jews buried in Jerusalem who were not natives would have had their home towns appended to their names when they were inscribed on ossuaries. (Despite scholars’ beliefs that Jesus’s entire family hailed from outside Jerusalem, none of the inscriptions on the ossuaries in the contested burial cave include other birthplaces.) Magness also believes that if Jesus’s family were wealthy enough to own a burial cave, it would have been in his home town of Nazareth and not in Jerusalem.

U.N.C. Charlotte historian Tabor, a consultant on the documentary, pooh-poohs the naysayers. “Mariemene e Mara means ‘of Mariemenu, the Master,'” he says. “This is a title. It means ‘This is the ossuary of Mariemene, known as the Mara.'” His opinion—which is consistent with Feuerverger’s assumptions but clashes with those of many of his peers—is that this is a completely unique name, supporting his hypothesis that this is the grave of the Mary Magdalene.

Tabor also disagrees with critics who dismiss the fundamental premise of his and Feuerverger’s calculations—that the family of Jesus would have been buried in caves typical of wealthier Jews and not in the shallow dirt graves that were common in that era. To some extent, this is a debate over the nature of evidence. Many biblical scholars and archaeologists, including Magness, accept that the gospels of the New Testament have some historicity to them, because they are the only direct historical accounts of the death of Jesus. But Tabor, on his blog, quotes scholars who argue that there is no reason these texts should be given more weight than any other piece of evidence.

Tabor responds to the charges that it is improbable that Jesus and his family had a burial cave in Jerusalem by noting that “if you know anything about messianic movements, the followers provide for their leader—they don’t just throw him in a ditch when he dies. & Think of any Jewish sect—they take care of their rabbi. There’s no evidence this family ever went back to Galilee. James [Jesus’s brother] dies in Jerusalem, Mary and his brothers are there—there’s no indication that anybody went back to Nazareth.”

In other words, Tabor argues that it is not only likely that the family of the Jesus could have afforded a burial cave, but that it most likely would have opted for one in Jerusalem.

Both sides of this debate are extraordinarily difficult to prove given the paucity of historical evidence, something this controversy has in common with nearly all archaeological and historical disputes. “As archaeologists we are always reconstructing a picture based on incomplete evidence,” notes Magness.

As a result, the calculations made by Feuerverger and others rest on premises that must be decided by historians and archaeologists, who are still far from agreement on even the basics of the Talpiot tomb. “I did permit the number one in 600 to be used in the film—I’m prepared to stand behind that but on the understanding that these numbers were calculated based on assumptions that I was asked to use,” says Feuerverger. “These assumptions don’t seem unreasonable to me, but I have to remember that I’m not a biblical scholar.”

An extended glossary of the terminology currently used in interpreting the Bible. 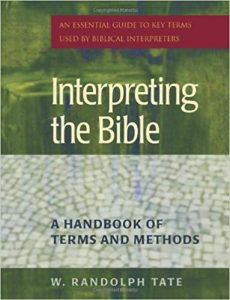