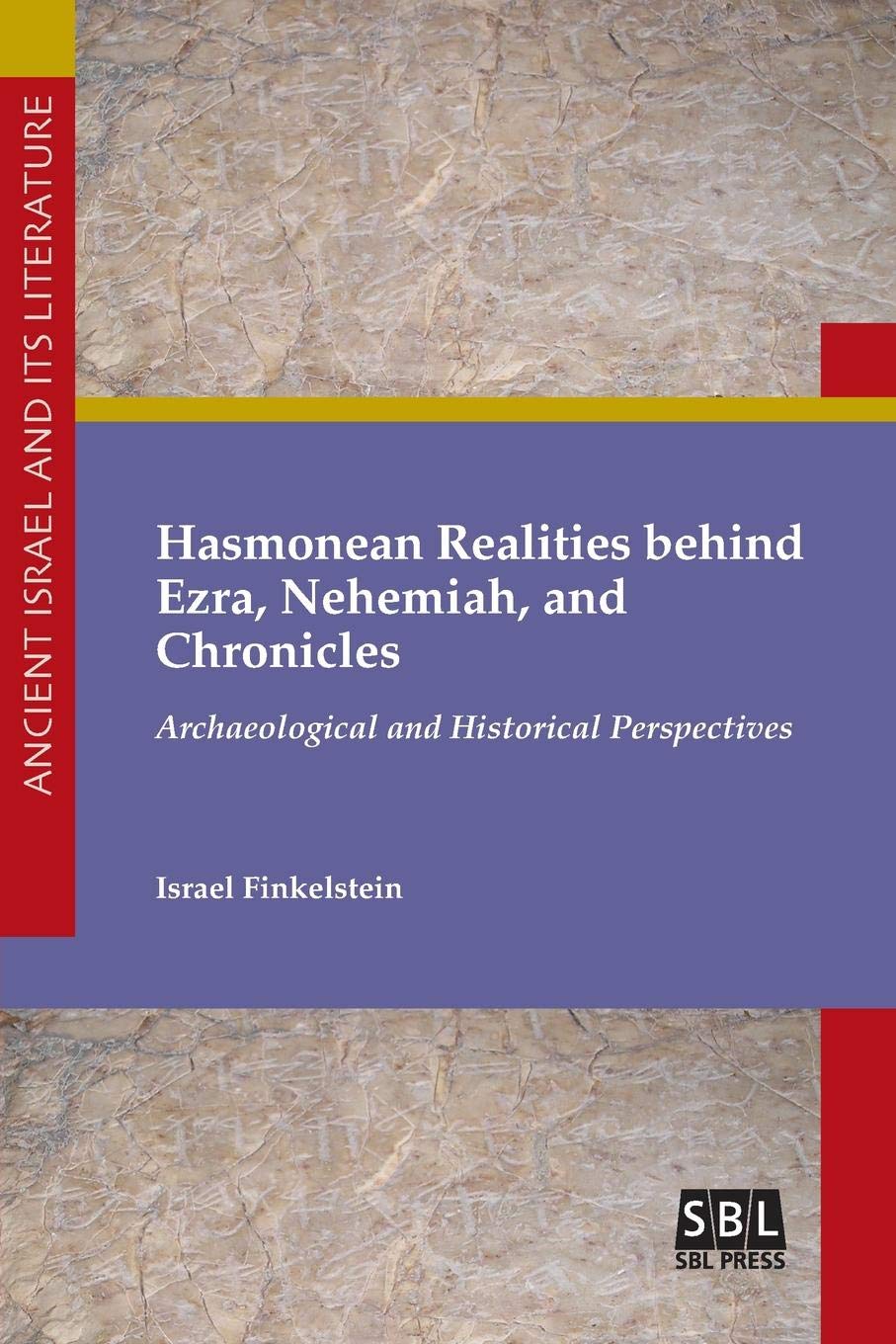 In this collection of essays, Israel Finkelstein deals with key topics in Ezra, Nehemiah, and 1 and 2 Chronicles, such as the list of returnees, the construction of the city wall of Jerusalem, the adversaries of Nehemiah, the tribal genealogies, and the territorial expansion of Judah in 2 Chronicles. Finkelstein argues that the geographical and historical realities cached behind at least parts of these books fit the Hasmonean period in the late second century BCE. Seven previously published essays are supplemented by maps, updates to the archaeological material, and references to recent publications on the topics.

Introduction
Over the last decade, I published seven articles concerning texts in the books of Ezra, Nehemiah, and Chronicles. They deal with the construction of Jerusalem’s city wall, described in Neh 3; the lists of returnees in Ezra 2:1–67 and Neh 7:6–68; the adversaries of Nehemiah; the genealogies in 1 Chr 2–9; the towns fortified by Rehoboam according to 2 Chr 11:5–12; and the unparallel accounts in 2 Chronicles that relate the expansion of Judah. An additional article gives an overview of the territorial extent of Yehud/Judea in the Persian and Hellenistic periods.

1. Jerusalem in the Persian (and Early Hellenistic) Period and the Wall of Nehemiah
Knowledge of the archaeology of Jerusalem in the Persian (and early Hellenistic) period—the size of the settlement and whether it was fortified—is crucial to understanding the history of the province of Yehud, the reality behind the book of Nehemiah, and the process of compilation and redaction of certain biblical texts. It is therefore essential to look at the finds free of preconceptions (which may stem from the account in the book of Nehemiah) and only then attempt to merge archaeology and text.

2. Archaeology and the List of Returnees in the Books of Ezra and Nehemiah
In the first chapter I questioned Neh 3’s description of the construction of the Jerusalem wall in the light of the archaeology of Jerusalem in the Persian period. The finds indicate that the settlement was small and poor. It covered an area of circa 2–2.5 hectares and was inhabited by four hundred–five hundred people. The archaeology of Jerusalem shows no evidence for construction of a wall in the Persian period or renovation of the ruined Iron II city wall. I concluded with three alternatives for understanding the discrepancy between the biblical text and the archaeological finds…

3. The Territorial Extent and Demography of Yehud/Judea in the Persian and Early Hellenistic Periods
The territorial extent of Persian-period Yehud and Hellenistic Judea and estimates of their population are major issues in current research, with far-reaching implications for dating the composition of several biblical works. Recent research on the Yehud seal impressions and my own work on geographical lists in the books of Ezra and Nehemiah raise new questions and call for a fresh treatment of both issues.

4. Nehemiah’s Adversaries
In chapters 1 and 2, I proposed to identify the geographical, archaeological, and historical realities behind the list of builders of the wall in Neh 3:1–32 and the list of returnees in Neh 7:6–68 (and Ezra 2:1–67) in Hasmonean times. Placing the Neh 3 list in the Hellenistic period should not affect the dating of the Nehemiah Memoir—the backbone of the book. Construction of the wall is a major theme in the Nehemiah Memoir. The reality behind it may be sought in work conducted on the original mound of Jerusalem, which was located on the Temple…

5. The Historical Reality behind the Genealogical Lists in 1 Chronicles
The genealogical lists of “the sons of Israel” in 1 Chr 2–9 have been the focus of intensive research from the beginning of modern biblical scholarship. Among other topics, research has centered on the origin of the lists, their purpose, their relationship to other parts of the books of Chronicles and their date. Most scholars agree that the genealogical lists form an independent block, a kind of introduction to history; opinions differ, however, on whether the lists belong to the work of the Chronicler or if they were added after the main substance of the book had already been…

6. Rehoboam’s Fortified Cities (2 Chr 11:5–12)
A list of cities ostensibly fortified by Rehoboam appears in 2 Chr 11:5–12, with no parallel in the book of Kings. Many scholars have dealt with this short account, in efforts to establish its date, geographical setting, and place in the Chronicler’s description of the reign of Rehoboam. Regarding chronology, researchers have suggested dating the list to the time of Rehoboam, as related in the text, or to a later date in the history of Judah: the days of Hezekiah or Josiah. Regarding the geographical background, scholars have attempted to understand the function of the towns mentioned in the…

7. The Expansion of Judah in 2 Chronicles
The land of Israel and territorial gains and losses are major themes in Chronicles. The period of David and Solomon is conceived as the ideal rule of Jerusalem over the entire area inhabited by the Hebrews. After the “division” of the monarchy, 2 Chronicles pays much attention to the gradual territorial growth of Judah, aimed at restoring Jerusalem’s rule over the entire land of Israel. This expansion—undertaken during the reign of a few monarchs—is described in several sections that do not appear in the books of Kings. Scholars have been divided on the historical reliability of these “unparallel”…

Conclusions
The geographical setting portrayed by the texts discussed in this book and the archaeology of the sites mentioned in them reflect realities in the second half of the second century BCE—in Hasmonean times. The literary genre of these materials and the ideology behind them also fit Hasmonean literature. The main conclusions of the seven chapters are as follows. Nehemiah’s Wall: There are no Persian or early Hellenistic fortifications in Jerusalem to fit the Neh 3 description of a city wall with numerous gates and towers surrounding a large city. Furthermore, the depleted population of Yehud could not have supported… 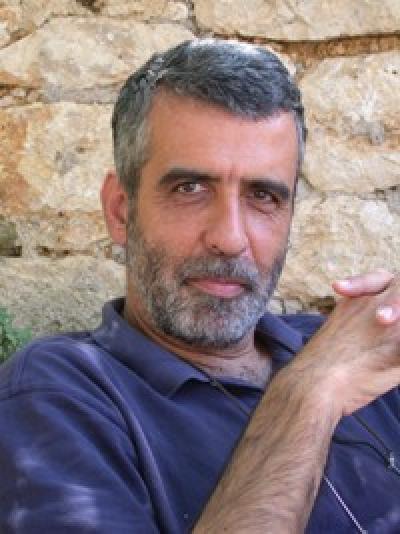 The original articles included in this book are listed below in the order in which they appear here:

“The Territorial Extent and Demography of Yehud/Judea in thePersian and Early Hellenistic Periods.” RB 117 (2010): 39–54.