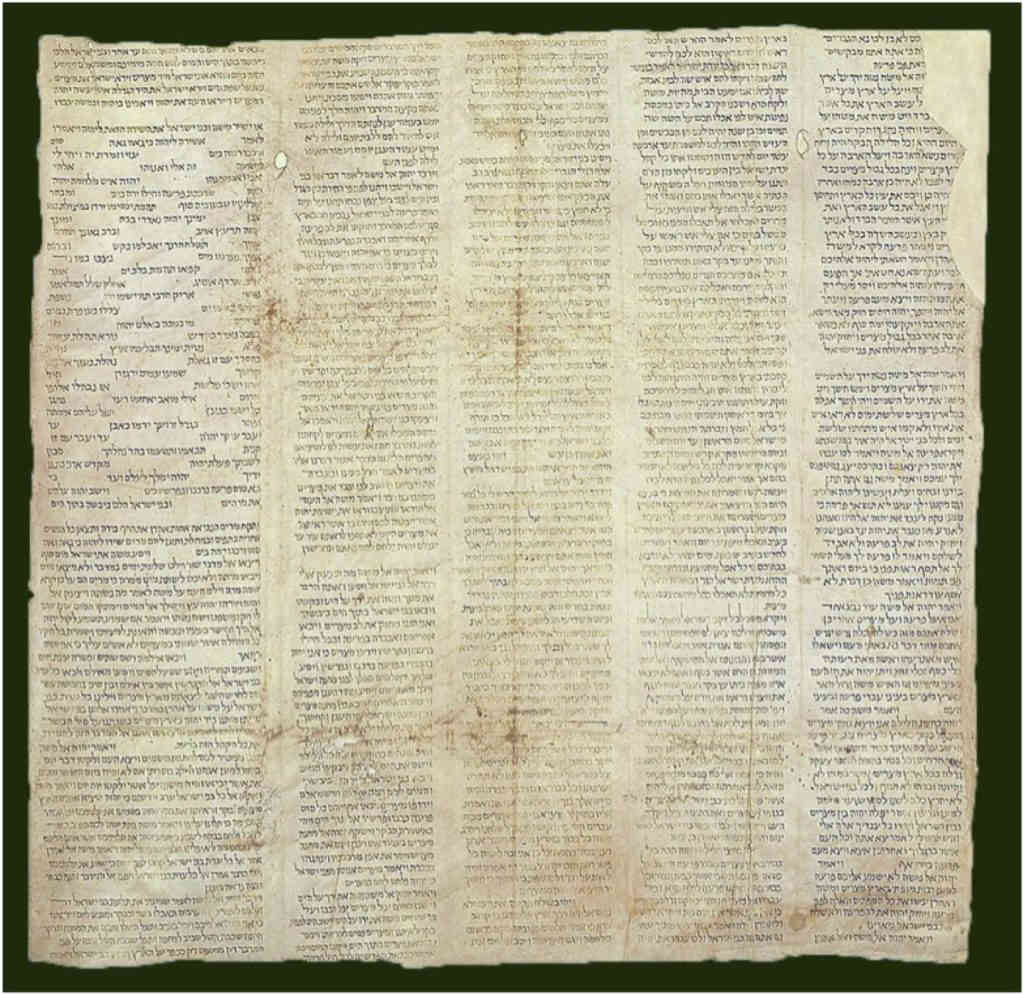 The Library of Congress scroll sheet contains five columns of text, comprising Exodus 10:10-16:15, a portion extending from the Plague of Locusts to the appearance of Manna in the desert. Included within the text is the Song of the Sea (Exodus 15:1‒19).

According to an inscription in both Hebrew and Russian on the back of the scroll, the sheet was presented by Shelomo Beim (1817-1867 C.E.), Karaite hazzan in Chufut-Kale, Crimea, to Grand Duke Constantine, brother of Czar Alexander II, in the year 1863. One may assume that the scroll sheet emanates from the Near East, based on considerations of text, handwriting, section divisions, and layout of the Song of the Sea.

At some point, the scroll sheet was taken to England, where in 2001 it was offered for sale by Christie’s Auction House. Fortunately, before the sale, Jordan Penkower of Bar-Ilan University was able to study the document closely and described it in a very detailed article in the journal Textus.

In 2017, the sheet was again offered for sale, this time by the 2001 buyer, the noted rare book dealer Stephan Loewenthiel. The Library of Congress purchased the sheet, and the Hebraic Section of the African and Middle Eastern Division now serves as the custodian of this exceedingly important document. I had the opportunity to inspect the scroll sheet at the Library of Congress in October 2017, courtesy of Dr. Ann Brener, head of the Hebraic Section, in advance of the Library’s public announcement in January 2018.

But is this document unique? How many truly old Torah scrolls are there? How many survive from approximately 1000 years ago or more? Readers of The Ancient Near East Today are like aware of the approximately 220 biblical manuscripts from amongst the Dead Sea Scrolls, dating from 3rd century B.C.E. to 1st century C.E., along with the related documents from Masada, Naḥal Ḥever, Wadi Murabba‘at, and other sites, which date from the 1st-2nd centuries C.E. [sobre os Manuscritos do Mar Morto, leia aqui] But what about the ensuing centuries, until we reach the date of the Library of Congress portion at approximately 1000 C.E.? What scrolls, or portions of scrolls, do we possess?