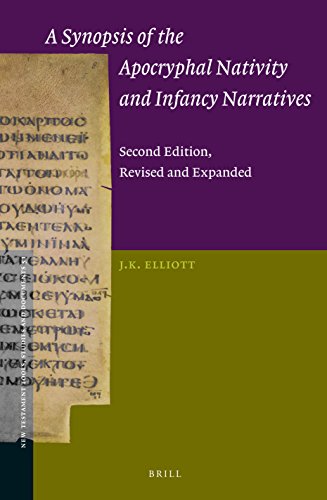 Early Christians built on the stories of Jesus’ and Mary’s birth and childhood. Their later accounts, many of them found nowadays among collections of non-canonical (‘apocryphal’) texts, are important and interesting. They give insights into the growth of Christian theology, especially concerning the role and status of Mary, and also the way in which the earliest stories were elaborated and interpreted in popular folk religion. A range of the earliest accounts is presented here in fresh translations. This second edition contains some texts originally in a variety of different languages such as Armenian, Ethiopic, Coptic and Irish, not available at the time of the first edition. The texts are arranged in small units and synoptically, in order to permit readers to compare texts and to see the differences and similarities between them. J.K. Elliott has selected and arranged the texts, and he provides introductory and concluding chapters. He also includes a full and helpful bibliography to benefit readers who
may wish to pursue this comparative study more deeply.