These studies form a substantial and impressive body… (Susan Pierce) 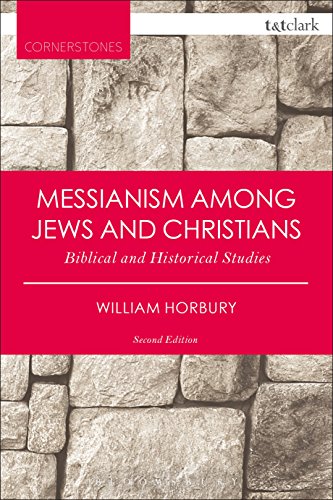 William Horbury considers the issue of messianism as it arises in Jewish and Christian tradition. Whilst Horbury’s primary focus is the Herodian period and the New Testament, he presents a broader historical trajectory, looking back to the Apocrypha and pseudepigrapha, and onward to Judaism and Christianity in the Roman empire. Within this framework Horbury treats such central themes as messianism in the Apocrypha and pseudepigrapha, the Son of man and Pauline hopes for a new Jerusalem, and Jewish and Christian messianism in the second century.

Neglected topics are also given due consideration, including suffering and messianism in synagogue poetry, and the relation of Christian and Jewish messianism with conceptions of the church and of antichrist and with the cult of Christ and of the saints. Throughout, Horbury sets messianism in a broader religious and political context and explores its setting in religion and in the conflict of political theories. This new edition features a new extended introduction which updates and resituates the volume within the context of current scholarship.

The Second-Temple Period
1. Messianism in the Old Testament Apocrypha and Pseudepigrapha
2. The Gifts of God in Ezekiel the Tragedian
3. Herod’s Temple and ‘Herod’s Days’

The New Testament
4. The Messianic Associations of ‘The Son of Man’
5. The Twelve and the Phylarchs
6. Jerusalem in Pre-Pauline and Pauline Hope
7. The Aaronic Priesthood in the Epistle to the Hebrews
8. Septuagintal and New Testament Conceptions of the Church