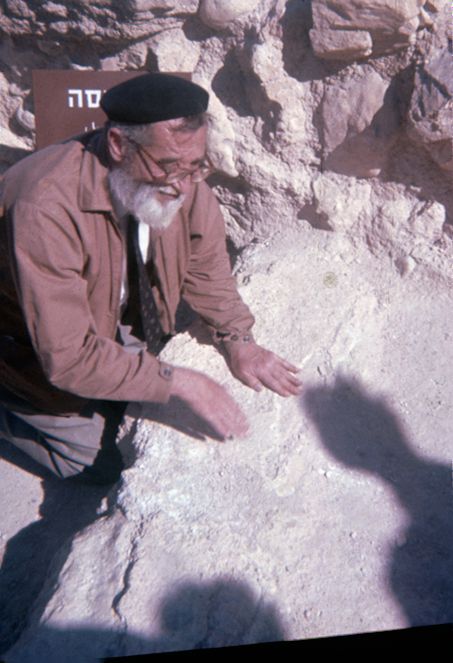 DQCAAS is extremely grateful to the late Prof. Philip R. Davies for generously making available to us his slide collection of Qumran. These slides were taken in 1970-71 when he was a doctoral student in Jerusalem, working on the Dead Sea Scrolls, and Travelling Scholar at the British School of Archaeology in Jerusalem (now the Kenyon Institute). These slides include a remarkable picture of Fr. Roland de Vaux explaining how the people of Qumran washed their laundry.

Philip Davies, Emeritus Professor at Sheffield University and Chair of the Palestine Exploration Fund, was one of our key supporters.  He is a towering figure in the study of the Dead Sea Scrolls, and author of a book that engages with the archaeology of the site of Qumran and its environs: Qumran (Cities of the Biblical World; Guildford: Lutterworth Press/Grand Rapids: Eerdmans, 1982). He was co-founder and director of Sheffield Academic Press and founding editor of the Journal for the Study of the Old Testament, and Professor Emeritus of Sheffield University, were he worked since 1975.

Philip laid out the slides on the Palestine Exploration Fund lightbox on 13 September, 2017, as shown in this image taken by Sandra Jacobs, DQCAAS Network Facilitator and Researcher. Philip died peacefully at home on 31 May, 2018, as he dearly wished, after being diagnosed with cancer, which was terminal, only two weeks earlier. He had successfully fought off a previous cancer in 2016, and was at the time this photograph taken and through to May unaware of being ill and happily looking forward to retirement from the PEF, with all kinds of ideas for future projects and more time for other things. His contribution to and enthusiasm for DQCAAS as been very much appreciated, and we are really sorry he could not see it flower further.