Out of Egypt: Israel’s Exodus Between Text and Memory, History and Imagination. 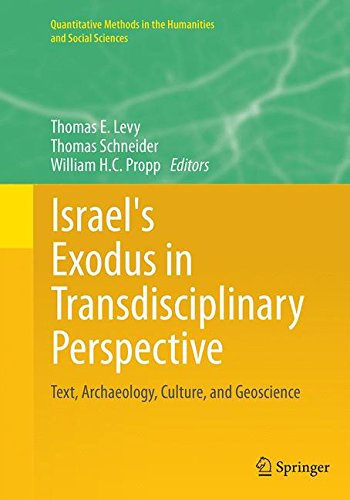 The Bible’s grand narrative about Israel’s Exodus from Egypt is central to Biblical religion, Jewish, Christian, and Muslim identity and the formation of the academic disciplines studying the ancient Near East. It has also been a pervasive theme in artistic and popular imagination. Israel’s Exodus in Transdisciplinary Perspective is a pioneering work surveying this tradition in unprecedented breadth, combining archaeological discovery, quantitative methodology and close literary reading. Archaeologists, Egyptologists, Biblical Scholars, Computer Scientists, Geoscientists and other experts contribute their diverse approaches in a novel, transdisciplinary consideration of ancient topography, Egyptian and Near Eastern parallels to the Exodus story, the historicity of the Exodus, the interface of the Exodus question with archaeological fieldwork on emergent Israel, the formation of biblical literature, and the cultural memory of the Exodus in ancient Israel and beyond.

This edited volume contains research presented at the groundbreaking symposium “Out of Egypt: Israel’s Exodus Between Text and Memory, History and Imagination” held in 2013 at the Qualcomm Institute of the University of California, San Diego. The combination of 44 contributions by an international group of scholars from diverse disciplines makes this the first such transdisciplinary study of ancient text and history. In the original conference and with this new volume, revolutionary media, such as a 3D immersive virtual reality environment, impart innovative, Exodus-based research to a wider audience. Out of archaeology, ancient texts, science and technology emerge an up-to-date picture of the Exodus for the 21st Century and a new standard for collaborative research.