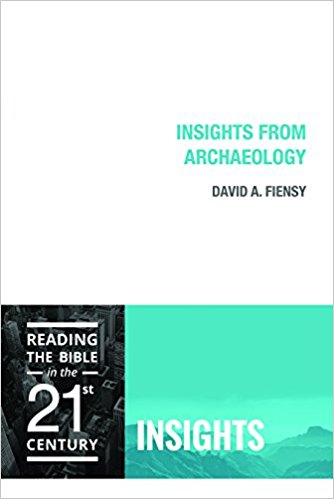 Archaeological exploration of Syria-Palestine and the ancient Near East has revolutionized our understanding of the Bible. David A. Fiensy describes how key archaeological discoveries have opened up new understandings of Israels own history and religion as well as the ancient Near Eastern and later Greco-Roman environments. He discusses the impact these discoveries have had on biblical studies, theology, and the task of biblical interpretation. The challenges for the future of archaeology and biblical study will be explored. Part of the series, Reading the Bible in the 21st Century: Insights.

What Do Old, Dirty, Broken Pieces Of Pottery Have To Do With The Bible?

… archaeology can be exciting if the excitement is about the people whose lives we come to know through the remains. If you expect to see your picture in the New York Times standing with a serious and scholarly expression on your face, surrounded by smiling “locals,” while you modestly point toward your sensational discovery under the screaming headlines: “HOW I FOUND THE ARK OF THE COVENANT!”—you may want to explore another career or at least another venue for your career. That will almost never happen in Israel.

If, however, meeting ancient folk through “their stuff” excites you, you might want to consider archaeology as a career or hobby. If you can hold a broken cooking pot, reflect on the ancient hands that fashioned it from wet clay, imagine the persons that handled the pot repeatedly to cook meals, and finally picture in your mind’s eye the many hands—large and small—that dipped into the pot to eat, then you will love archaeology. The artifacts tell us about the people who used them. That is where the “excitement” lies.

This is what my new book, Insights from Archaeology, is about (Fortress Press, due out in August of this year). It is about what life was like for the common person in both the Old Testament and New Testament periods. These are the persons who wrote nothing. They never visited the royal palace, never conquered foreign foes, and did not leave behind monumental landmarks. So, how did they live? What was their daily life like? What sort of houses did they inhabit? How did they interact with one another in community? Were they happy?

Some of these questions (“Were they happy?”) cannot be answered, at least not by archaeology. One can only guess. But we can make inroads into answering the others. We will in this monograph use not just archaeology and the biblical text but cultural anthropology as well. Answering some of these questions may not be as sensational for some readers as were the previous generations’ archaeological finds, but the answers get us to the real-life situations for most people of the ancient Israelite world, the world of the Hebrew Bible and the New Testament.