The Samaritans in Recent Research

By Reinhard Pummer – Department of Classics and Religious Studies, University of Ottawa – December 2015

We now know from the Dead Sea discoveries that texts similar to the Samaritan Pentateuch were circulating together with texts that foreshadow the Masoretic text and the Septuagint. No “sectarian” differences are present in these manuscripts, which means that the so-called pre-Samaritan texts were used side by side with the other versions. Thus, in its substance, the Pentateuch was common to Yahwistic Samarians and and Yahwistic Judeans long before the Samarian Yhwh worshipers parted company with the latter. 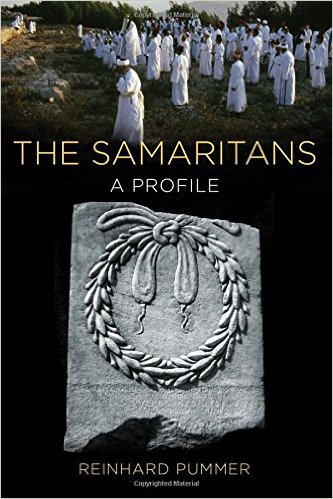 Most people associate the term “Samaritan” exclusively with the New Testament stories about the Good Samaritan and the Samaritan woman at Jacob’s well. Very few are aware that a small community of about 750 Samaritans still lives today in Palestine and Israel; they view themselves as the true Israelites, having resided in their birthplace for thousands of years and preserving unchanged the revelation given to Moses in the Torah.

Reinhard Pummer, one of the world’s foremost experts on Samaritanism, offers in this book a comprehensive introduction to the people identified as Samaritans in both biblical and nonbiblical sources. Besides analyzing the literary, epigraphic, and archaeological sources, he examines the Samaritans’ history, their geographical distribution, their version of the Pentateuch, their rituals and customs, and their situation today. There is no better book available on the subject.