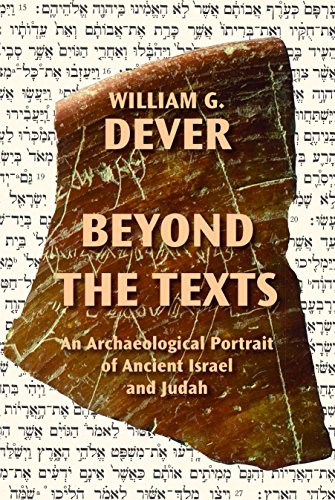 William G. Dever offers a welcome perspective on ancient Israel and Judah that prioritizes the archaeological remains to render history as it was — not as the biblical writers argue it should have been. Drawing from the most recent archaeological data as interpreted from a non theological point of view and supplementing that data with biblical material only when it converges with the archaeological record, Dever analyzes all the evidence at hand to provide a new history of ancient Israel and Judah that is accessible to all interested readers.

Features:
. A new approach to the history of ancient Israel
. Extensive bibliography
. More than eighty maps and illustrations

William G. Dever is Distinguished Visiting Professor at Lycoming College in Williamsport, Pennsylvania, and Professor Emeritus at the Arizona Center for Judaic Studies at the University of Arizona.