The Book of Ruth: Origin and Purpose – By E. Allen Jones III

The Bible and Interpretation – November 2017

As a last option for understanding Ruth, I would offer that Ruth does fit well when set against the background of the early post-exilic period. The literature on this time is vast and continues to grow, but it is safe to say that the small community in Judea in the late 500s to early 400s B.C.E. conflicted over various societal issues, one of which was how they should define the boundaries of their community. The prophet Zechariah believed that Jerusalem would throng with foreigners who would count as Yhwh’s people (Zech 2:15[EV 11]), but other persons from the Ezra-Nehemiah narrative feel that foreigners have no part in the community (Ezra 4:1-3; 9:1-4; Neh 13:1-3). This is not to say that Ruth reacts directly to the Ezra-Nehemiah text, nor should we read Ezra-Nehemiah uncritically as plain history, but it is reasonable to hold that community cohesion and in-group/out-group questions were live topics at the time. Within this debate, we can see how Ruth provides a counterfactual to a certain exclusivist perspective toward outsiders. The text is not so bold as to claim that all non-Israelites/Judeans should count as people of Yhwh, but it does demonstrate that there are cases where a foreigner can reasonably measure up to the standard of a true Israelite. 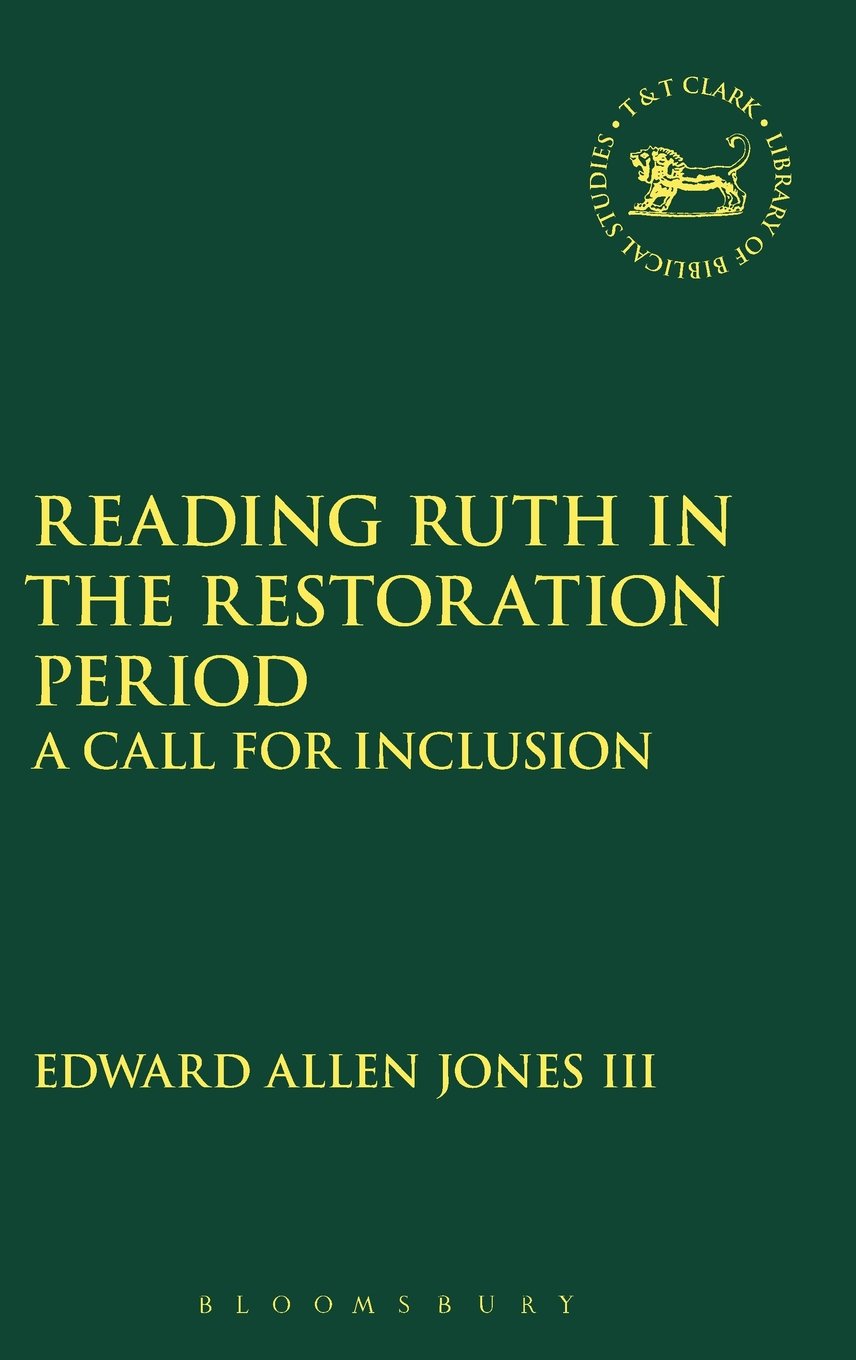 Most scholars of the Hebrew Bible/Old Testament recognize Ruth’s simplicity and beauty, yet there has been little consensus in critical scholarship related to the book’s origin and purpose. Opinions on the text’s date range from the early monarchic period down to the Post-Exilic period, and interpreters argue over whether the narrative served to whitewash David’s lineage, or if it held Ruth out as a positive example of Gentile inclusion in the Judean community. With an eclectic approach drawing on traditional exegesis, analysis of inner-biblical allusions, comparisons of legal and linguistic data, and modern refugee research, Edward Allen Jones III argues that Ruth is, indeed, best understood as a call for an inclusive attitude toward any Jew or Gentile who desired to join the Judean community in the early Post-Exilic period. Within the narrative’s world, only Boaz welcomes Ruth into the Bethlehemite community, yet the text’s re-use of other biblical narratives makes it clear that Ruth stands on par with Israel’s great matriarchs. Though certain segments of the Judean community sought to purify their nation by expelling foreign elements in the Restoration period, Yhwh’s loving-kindness in Ruth’s life demonstrates his willingness to use any person to build up his people.