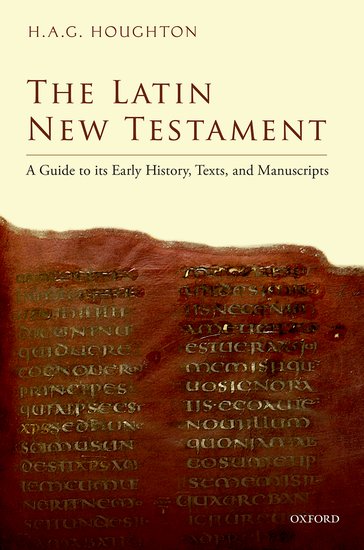 This book provides a comprehensive introduction to the history and development of the Latin New Testament and a user’s guide to the resources available for research and further study. The first five chapters offer a new historical synthesis, bringing together evidence from Christian authors and biblical manuscripts from earliest times to the late Middle Ages. Each witness is considered in its chronological and geographical context, to build up the bigger picture of the transmission of the text. There are chapters introducing features of Latin biblical manuscripts and examining how the Latin tradition may serve as a witness for the Greek New Testament. In addition, each book of the New Testament is considered in turn, with details of the principal witnesses and features of particular textual interest. The three main scholarly editions of the Latin New Testament (the Vetus Latina edition, the Stuttgart Vulgate, and the Oxford Vulgate) are described in detail. Information is also given about other editions and resources, enabling researchers to understand the significance of different approaches and become aware of the latest developments. The Catalogue of Manuscripts gives full details of each manuscript used in the major editions, with bibliographical references and links to sets of digital images. The Appendices include concordances for the different ways in which manuscripts are cited in scholarly literature. An extensive reference bibliography of publications on the Latin New Testament is also supplied.

Part I: History
1. From the Beginnings to the End of the Third Century
2. The Fourth Century and the Beginning of the Vulgate
3. Competing Texts: The Fifth to the Seventh Centuries
4. The Eighth and Ninth Centuries
5. The Tenth Century Onwards: Scholarship and Heresy
Part II: Texts
6. Editions and Resources
7. An Overview of the Text of the Latin New Testament
Part III
8. Features of Latin Biblical Manuscripts
9. Catalogue of Latin New Testament Manuscripts
Appendices
1. Concordances of Manuscript Sigla
2. Latin Prefaces, Prologues, and Capitula for the Books of the New Testament
Bibliography

H.A.G. Houghton is Reader in New Testament Textual Scholarship at the University of Birmingham, where he is also Deputy Director of the Institute for Textual Scholarship and Electronic Editing. He is one of the editors of the Gospel according to John and corresponding editor for the principal Pauline Epistles in the Vetus Latina series.