JW- Thank you, Professor Thompson, for ’sitting down’ with us and offering your point of view. Let me start with the basics. Do you mind telling us a little bit about your academic background and training?

TLT- I took my BA at Duquesne University in Pittsburgh with a triple major in history, classical languages and philosophy, graduating in 1962. I studied philosophy and theology at Oxford University in 1962/3 and then studied first philosophy and then theology at the University of Tuebingen from 1963-1972. I received a Summa cum laude for my dissertation on the historicity of the patriarchal narratives in 1971, but did not receive my degree as I failed the graduate examinations in systematic theology with Joseph Ratzinger in February, 1972. In 1975/6 I studied and graduated with my PhD at Temple University’s department of religion with the central fields of Old Testament, New Testament and ancient Near Eastern literature and religion. During the time that I was in Tuebingen I was employed as a research associate on the Tuebinger Atlas des vorderen Orients from 1969-1976 and was responsible for the Bronze Age maps of Sinai, the Negev and Palestine. My work on this project was published in two monographs and seven maps.

JW- What inspired you to enter into a career in biblical / historical studies?

TLT- I was a graduate student in Philosophy in Tuebingen in 1963 with intentions to write a PhD thesis on Hegel’s historical romanticism, when I saw an announcement of a course by Kurt Galling (editor of the 3rd edition of RGG) which announced a course at the Biblical Archaeological Institute dealing with gods and goddesses in the ancient Near East. With the course was a one-week tour to Paris and the Louvre all expenses paid for the price of 45 DM ($11.25). I went to Paris, became Kurt Galling’s student and never thought about Hegel again.

JW- Now to turn to some rather serious questions. Do you think that the figures of Abraham, Saul, David, and Solomon were historical in the same sense that you and I are?

TLT- Today, it is hard to remember these as serious questions. You and I are not figures of stories and can not be compared with Abraham, Saul, David and Solomon. These are figures in stories and the there is no evidence whatever to suggest that these stories can be attributed any historicity. On the historical principle that history must be written on the basis of evidence, we can not write anything about these figures in history. All of these figures have what I refer to as cue names, (Abraham = the father of many nations; Saul = echoes she’ol; David = “the beloved” of Jahve and Solomon’s name derives from Uru-salimu or the city of peace, reflecting the peace that David wanted. I see, in this, some grounds for arguing that, to the extent that our knowledge of them is limited to their roles as figures of story, they are fictive.

JW- What do you make of the Tel Dan inscription?

TLT- The subject of a badly handled scholarly dispute. The early evaluation and publication of the inscriptions remained the definitive and only understanding which Israeli and conservative American scholarship would consider. As a result, many questionable aspects of both the discovery and condition of the stelae were never examined and all arguments that differed from the earliest considerations have been dismissed. This is shoddy scholarship at best. I think there is reason to suspect the inscription as a forgery, even as I myself think that the fragmented inscriptions reflect two genuine inscriptions. I also think it likely that they refer to a place-name or patronage somewhere in Palestine called “house of David” (though the possibility that it refers to the “temple of the beloved” has not been adequately explored. Finally, I see a possibility that the figure of David could well be a legendary figure of this patronage’s eponymous founder.

If the inscription, however, is a fake–and this possibility which has been raised by several very competent scholars has not been adequately investigated–then the inscription certainly refers to the dynasty of Jerusalem founded by David.

Is it a forgery? I have never thought it ´to be a forgery, but I have been convinced that the questions raised by Garbini, Cryer, Gmirkin, Lemche and others are quite serious grounds for suspecting it to be a forgery.

JW- Did the Israel portrayed in the pages of the Old Testament ever exist?

TLT- There are a lot of pages! Historically speaking, Israel is one name for the patronage kingdom also know as Bit Humri. That certainly existed in the 9th-8th centuries. Israel also existed after the Assyrians conquered Samaria in 722 and took over the region but continued as an Assyrian province. I see serious reasons to consider the modern nation of Samaritans to have been continuous with this Iron Age entity.. However, your question is directed to the stories of the Old Testament, especially those in Kings, Chronicles and the prophets. These stories I believe are largely fictive and theologically allegorical in their essence and not reflective of historical events.

JW- What can we know of the history of Israel?

TLT- You need to rephrase the question. I wrote a great deal about the history of Palestine, which included the patronage kingdom of Israel, but I am not sure that that is what you are referring to when you use the phrase “history of Israel.” I think Philip Davies distinctions about the many different ways we think about Israel, quite important here. I do think that a history of Israel can and is being written, but I do not think that has direct relationship with biblical exegesis.

JW- Turning to a different subject, you’ve just retired. How does it feel?

TLT- Yesterday, I had all kinds of new ideas for books and articles. Today I am tired and feeling very ambivalent about it. It is too much like being unemployed for me to be comfortable. I don’t want to go back to housepainting the way I did in the 70s.

JW- Do you have any publications coming out that you might tell us of?

TLT- Look for the Davies Festschrift–if they ever decide to publish it. My retirement lecture is going to come out in the Dansk teologisk Tidsskrift, but then you will have to learn Danish.

JW- Do you have a ‘regular schedule’ for writing or do you do it as the muse moves?

TLT- Mornings are best, and very late at night.

JW- What are your plans for journal essays?

JW- Will you be delivering a paper at the New Orleans SBL?

TLT- Not yet. I always find it very difficult to offer to give a paper at SBL as their call for papers come so early, when I am planning my summer congress and projects. Also, my suggestions for papers are refused some 60% of the time; so I am very uncertain that my papers are welcome there.

JW- On to another topic, what do you enjoy doing in your free time?

TLT- I listen to opera, especially Wagner. Mozart and Verdi; I work in the garden, read Danish novels and write silly letters to the biblical studies list.

JW- Have you any unusual hobbies or past-times that our readers might find, well, odd?

TLT- I don’t know. I do Sudoku and like to cook.

JW- Finally, is Niels Peter as easy to get along with as has been my experience? What’s he really like as a colleague?

TLT- Niels Peter is an engaging, exciting colleague. He is provocative, challenging and always trustworthy. I have learned so much from him over these past fifteen years. He speaks his mind and he listens. He has an immense knowledge in intellectual history and in the history of biblical scholarship.

JW- Thanks, Thomas, for spending this time with us. Your work is always provocative and I for one look forward to what’s next. 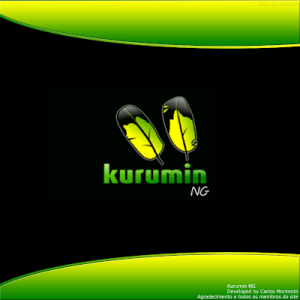 – Post no fórum do Kalango: A história se repete: Fim do Kurumin NG!