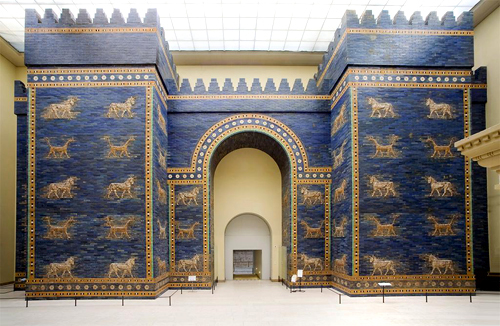 From the start of the Second Dynasty of Isin (1157-1026 BC) to the end of the Neo-Babylonian Dynasty (625-539 BC), over 80 men claimed suzerainty over the land of Sumer and Akkad, an area roughly comprising modern-day southern Iraq; the number greatly increases to about 130 if one also includes the kings of the later Persian and Greek (Macedonian and Seleucid) Periods. These Babylonian rulers, some of whom proudly referred to themselves as the ‘king of Babylon’ (a title divinely sanctioned by that city’s tutelary deity, Marduk), had inscriptions officially commissioned in their names, sometimes to boast about an accomplishment of theirs (often the renovation of a temple or the construction of a palace or city wall) and sometimes to simply indicate that an object belonged to them.

Over 400 Akkadian and/or Sumerian royal inscriptions from these periods survive today. Those texts are preserved on more than 1,800 clay, metal, and stone objects, over half of which date to the reign of the famous Nebuchadnezzar II (604-562 BC). The majority of these are assumed to have been unearthed in the ruins of one of the major cult centers of Babylonia: Babylon, Borsippa, Nippur, Sippar, Ur, and Uruk. Many of the bricks, clay cylinders, clay prisms, clay tablets, paving stones, foundation blocks, beads, etc. discovered through scientific archaeological excavations or illicit digs have made their way into numerous museum and private collections around the world; some objects, especially those that were too heavy to haul back to Europe or North America, were left and buried in the field by their excavators after their contents were recorded, copied, and/or photographed.

The aim of RIBo, a sub-project of the Official Inscriptions of the Middle East in Antiquity (OIMEA) Project, is to publish in a single place easily accessible and annotated (lemmatized) editions of all of the known Akkadian and Sumerian royal inscriptions from Babylonia that were composed between 1157 BC and 64 BC. RIBo’s contents are divided into several sub-projects, generally by “dynasty” or period. The “dynastic” numbering follows that of the Royal Inscriptions of Mesopotamia, Babylonian Periods (RIMB) publications of the now-defunct Royal Inscriptions of Mesopotamia (RIM) Project. The sub-project numbering is as follows:

The Royal Inscriptions of Babylonia online (RIBo) Project is a component of Oracc – The Open Richly Annotated Cuneiform Corpus.