This short account of the discipline of archaeology tells of spectacular discoveries and the colorful lives of the archaeologists who made them, as well as of changing theories and current debates in the field. Spanning over two thousand years of history, the book details early digs as well as covering the development of archaeology as a multidisciplinary science, the modernization of meticulous excavation methods during the twentieth century, and the important discoveries that led to new ideas about the evolution of human societies. Brian Murray Fagan (born 1936) is a British prolific author of popular archaeology books and a professor emeritus of Anthropology at the University of California, Santa Barbara, California, USA. Nadia Durrani is a Cambridge University-trained archaeologist and writer, with a PhD from University College, London, in Arabian archaeology. She is former editor of Britain’s best-selling archaeology magazine, Current World Archaeology and has authored and edited many articles and books on archaeology from every corner of the globe. 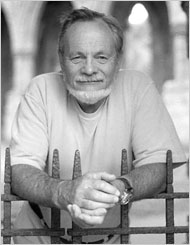