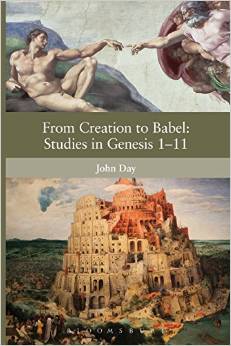 The stories of Genesis 1-11 constitute one of the better known parts of the Old Testament, but their precise meaning and background still provide many debated questions for the modern interpreter. In this stimulating, learned and readable collection of essays, which paves the way for his forthcoming ICC commentary on these chapters, John Day attempts to provide definitive solutions to some ofthese questions. Amongst the topics included are the background and interpretation of the seven-day Priestly Creation narrative, problems in the interpretation of the Garden of Eden story, the relation of Cain and the Kenites, the strange stories of the sons of God and daughters of men and of Noah’s drunkenness and the curse of Canaan, the precise ancient Near Eastern background of the Flood story and the preceding genealogies, and the meaning and background of the story of the tower and city of Babel. Throughout this volume John Day constantly seeks to determine the original meaning of these stories in the light of their ancient Near Eastern background, and to determine how far this original meaning has been obscured by later interpretation.

Daniel I. Block
Beyond the River Chebar: Studies in Kingship and Eschatology in the Book of Ezekiel
Reviewed by Corrine Carvalho

Yvonne Sherwood
Biblical Blaspheming: Trials of the Sacred for a Secular Age
Reviewed by Hector Avalos