In this essay I argue that the myth of archaeological stewardship needs to be historicized and problematized at its very birthplace. For the British, this begins with the myth of “Layard of Nineveh.” Shawn Malley is professor of English at Bishop’s University, Canada. 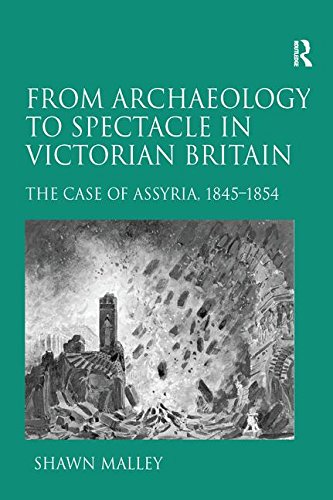 In this detailed and rigorously researched study, Shawn Malley examines Austen Henry Layard’s excavation of Assyria, and its subsequent impact upon literary, cultural, religious and scientific spheres. Concurrently, he grapples with the imperialistic repercussions of the removal of antiquities to British institutions (focusing exclusively on the British Museum), and the implications for Layard as a middle-class individual thrust into aristocratic circles on the back of his twin archaeological and political endeavours. From Archaeology to Spectacle in Victorian Britain is rich with original archival research, conducted at the British Library, British Museum and Foreign Office, and it is Malley’s unearthing and analysis of such material that makes this monograph so significant within a growing corpus of critical studies dealing with literature and archaeology in this period, complementing such respected works as Frederick Bohrer’s Orientalism and Visual Culture: Imagining Mesopotamia in Nineteenth-Century Europe (2003) and David Gange’s Dialogues with the Dead: Egyptology in British Culture and Religion, 1822-1922 (2013). Investigating the intersections between biblical archaeology and British imperialism, Malley draws upon postprocessual archaeological theory, bringing together the methodologies of diverse critical fields. Across five chapters, and enhanced by copious illustrations, From Archaeology to Spectacle in Victorian Britain addresses the potent cultural ripples radiating out from Layard’s archaeological and diplomatic mission (Eleanor Dobson)